Why NOAA is Predicting an Above Average Hurricane Season

Thursday morning, the National Oceanic and Atmospheric Administration released its outlook for the upcoming hurricane season.

Like many other forecast entities prior, NOAA is predicting an above-average season. NOAA is forecasting 13-19 named storms, 6-10 hurricanes and 3-6 major hurricanes, meaning category 3 or higher. NOAA says there is a possibility of this season being extremely active.

It is impossible to forecast if any of these storms will make landfall, but last month, Colorado State University predicted higher-than-normal probabilities for an East Coast landfall.

Why an above average forecast?

Ocean temperatures, the fuel for tropical systems, are currently much above normal in most of the Atlantic Basin. Water temperatures of 80 degrees or higher are conducive to feeding these storms. 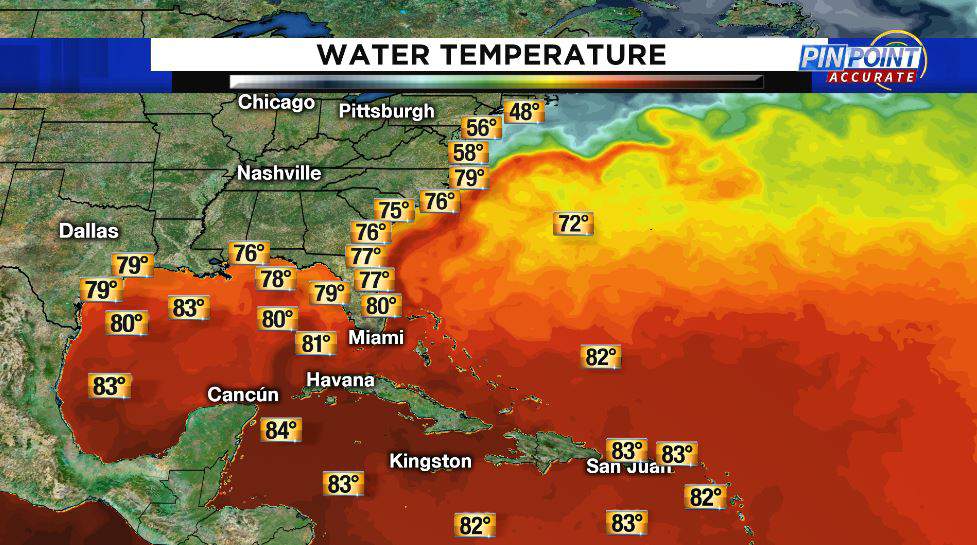 Water temperatures are running above normal through much of the Atlantic, especially in the Gulf of Mexico.

El-Nino Southern Oscillation or ENSO strongly impacts tropical development in the Atlantic Basin. ENSO is a periodic fluctuation in sea surface temperatures and the air pressure of the overlying atmosphere across the equatorial Pacific Ocean. 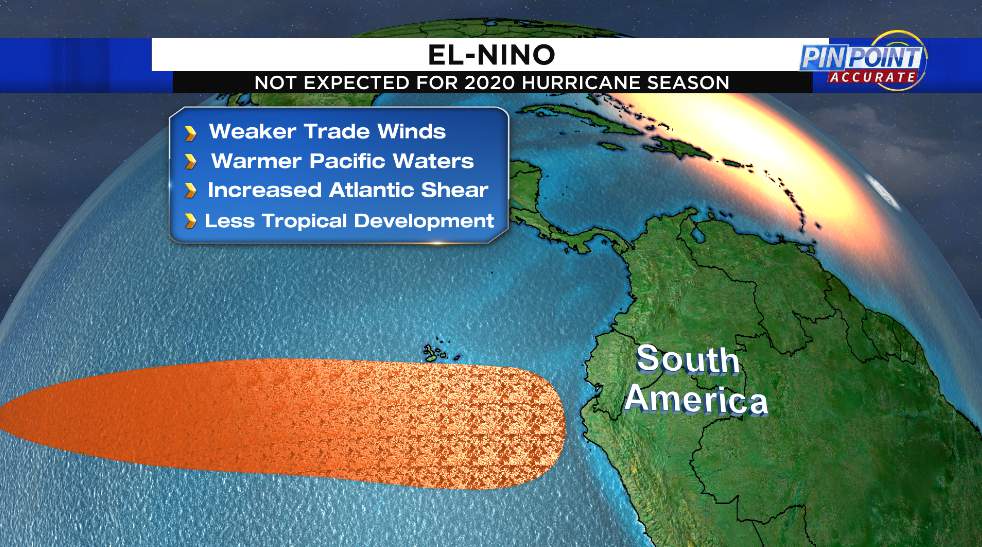 El-Nino tends to help suppress tropical development in the Atlantic. El-Nino is NOT expected for the 2020 season leading to a higher than normal forecast.

The warm phase of ENSO, El-Nino tends to suppress development in the Atlantic Basin, whereas La-Nina tends to enhance development. In 2020, ENSO is forecast to be in neutral phase, meaning neither El-Nino or La-Nina is expected to be around.

When El-Nino is present, waters along the Equatorial Pacific, off of the coast of Peru, are warmer than normal. This happens because the trade winds weaken in that region, allowing warmer water bottled up near Australia to push back east. When this is occurring, wind shear, which hurricanes do not like, tends to be higher in the Atlantic Basin. This helps to suppress tropical development. 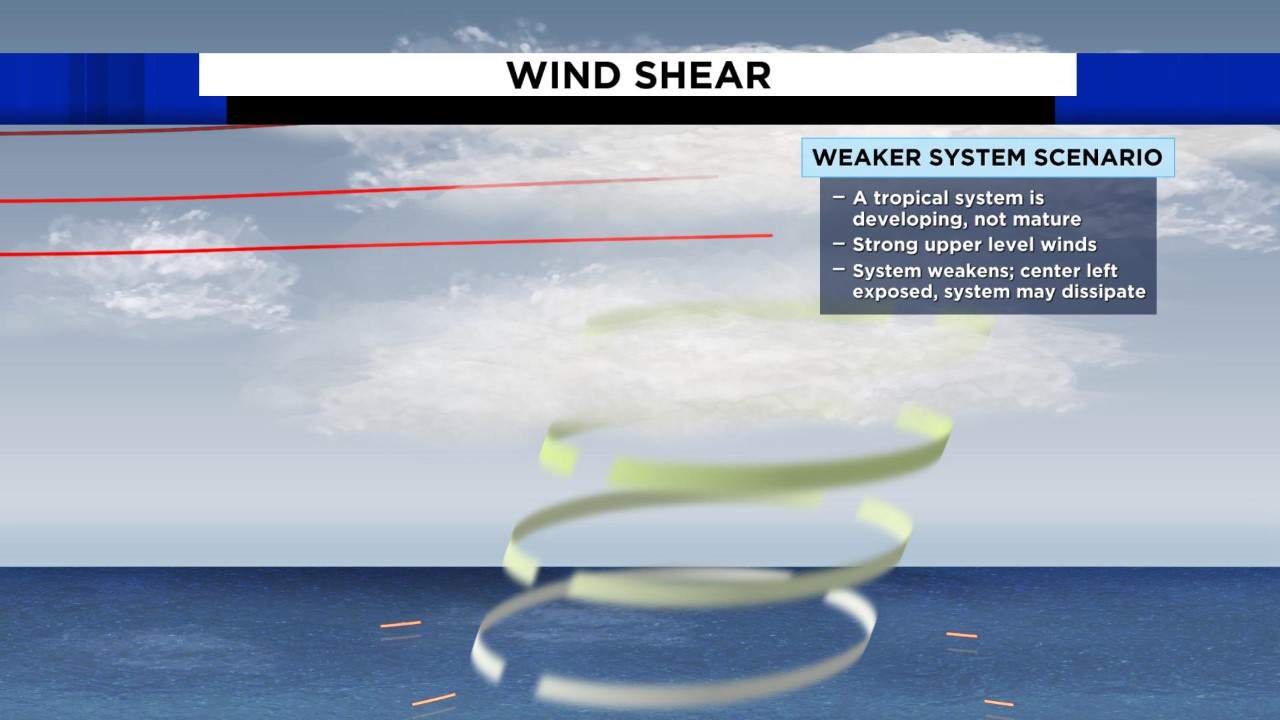 Hurricanes want to build straight up like a skyscraper. Wind shear will disrupt thunderstorm development in the vertical.

The opposite is true for La-Nina. This season is expected to be somewhere in the middle, but closer to the cool phase La-Nina.

An active West African Monsoon is also a factor in the above-average forecast. This produces increased thunderstorm activity rolling off of the African continent.

Of course, the 2020 season has already seen its first named storm. While this obviously adds to the overall storm count at the end of the season, a pre-season storm itself does not foretell an active year. Some of the busiest hurricane seasons on record, 2004 for example, didn’t get started until late July. If the season ends up busy, as is predicted, it will be because of those atmospheric and oceanic conditions previously mentioned. Here are the names for the 2020 hurricane season:

For the 6th straight year we had a storm develop before the official start to hurricane season June 1. Arthur created dangerous rip currents off the Florida coast and brought heavy rain to North Carolina.

Regardless of whether it’s actually an active season or not, it is important to remember the phrase it only takes one and to always be vigilant and prepared. You can download the News 6 Hurricane Preparedness checklist here.

This year the COVID-19 pandemic is adding challenges to hurricane preparedness.

To stay up to date on potential approaching storms, download the Pinpoint Weather App and Pinpoint Hurricane Tracker for free:

Jonathan Kegges joined the News 6 team in June 2019 as the Weekend Morning Meteorologist. Jonathan comes from Roanoke, Virginia where he covered three EF-3 tornadoes and deadly flooding brought on by Hurricanes Florence and Michael.

Read Vesta’s article from last year to learn how to prepare for a hurricane here. How the Coronavirus Pandemic will Impact Hurricane Season in FloridaBlog